The Taos Small Business Development Center (SBDC), affiliated with the University of New Mexico, has named Shree Yoga as its outstanding client of the year. Suki Dalury and Genevieve Oswald are owner and operators of Shree Yoga. The business is a Yoga Studio and small retail space for yoga accessories. Items such as yoga mats and clothing can be found in the studio. Shree Yoga is located in a beautiful space in downtown Taos, New Mexico. Classes are held every day of the week and cover all aspects of the Yoga discipline. 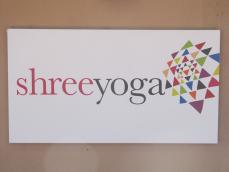 The two women came to the Taos office looking for help with the very basics. “I had absolutely no idea when starting of what to do” says Suki of when she first came into the office. “But I went to meeting after meeting with Gary and it has been so helpful and really impowering”. Suki and Genevieve spent many sessions with the Taos UNM/SBDC office. They have received assistance in areas such as working on restructuring a business partnership, to updating and keeping accurate financial records. ”They have been really, really helpful” Suki concludes. Both Suki and Genevieve teach yoga at the studio, but they also have other teachers working there as well. Some who even have studios of their own. The two have worked very hard to make it an enjoyable and profitable business in Taos.